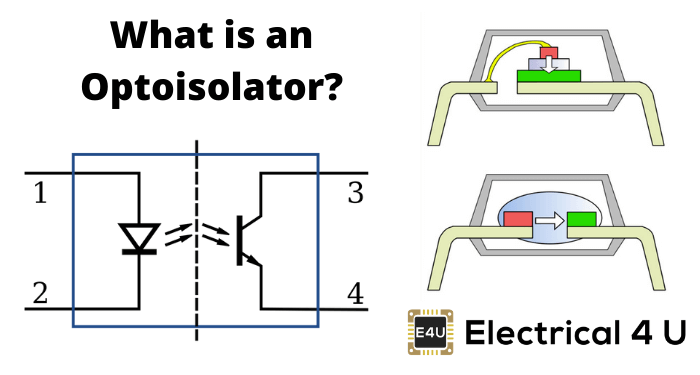 An optoisolator or an optocoupler is a device that transfers electrical signals between two electrically isolated circuits through light energy. Opto-isolators prevent the high voltages in one part of the circuit from affecting or destroying other parts of the system.

Opto-isolator is a device, which has two diodes: One is a source or emitter of light, usually a light emitting diode (LED) and other is photodiode acting as the photosensor. The LED converts an electrical input signal into light, and the photodiode detects incoming light and based on the incoming light either generates corresponding electric energy. A basic optocoupler is shown below 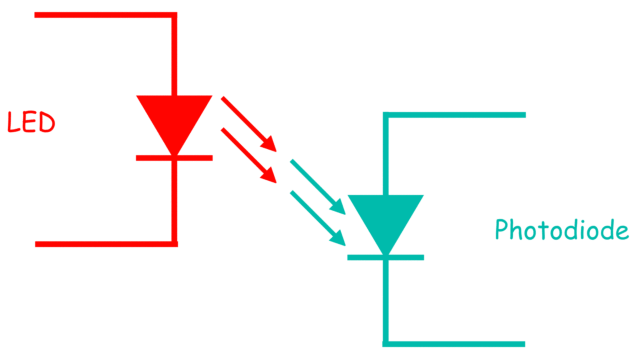 The working principle of optoisolator is simple and interesting. The output signal of one circuit can be controlled by varying input signal in another circuit, where the two circuits are electrically isolated. A powerful light emitting diode (LED) is connected across a variable voltage source. By adjusting the input voltage across the LED, the intensity of the light emitted from the LED can be controlled. The variable source and the LED form the input circuit of the optocoupler or optoisolator.

Optocouplers or of Optoisolators are used in,