When we add n-type or donor impurities to the semiconductor, the width of the forbidden energy gap in the lattice structure is reduced. Due to addition of donor atoms, allowable energy levels are introduced a small distance below the conduction band as is shown in the figure below. These new allowable levels are discrete because the added impurity atoms are placed far apart and hence their interaction is small. In the germanium the discrete allowable energy level or forbidden energy gap is only 0.01 eV (electron volt) and that for silicon is 0.05 eV (electron volt) at room temperature. So it is predictable at room temperature the fifth electron of all donor atoms is in the conduction band. On the other hand, the increased number of negative charge carriers i.e. electrons in the semiconductor causes the decrease in some holes. 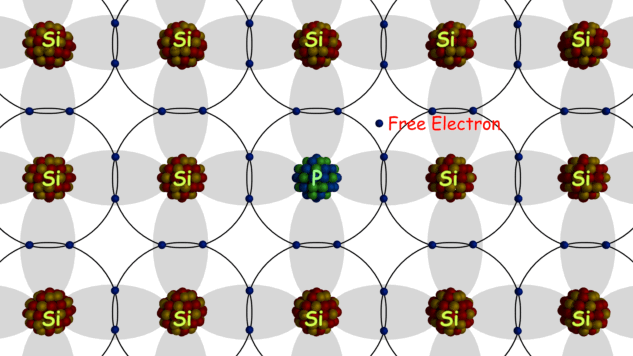 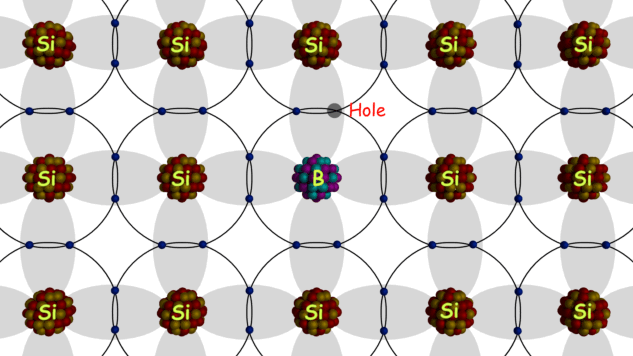