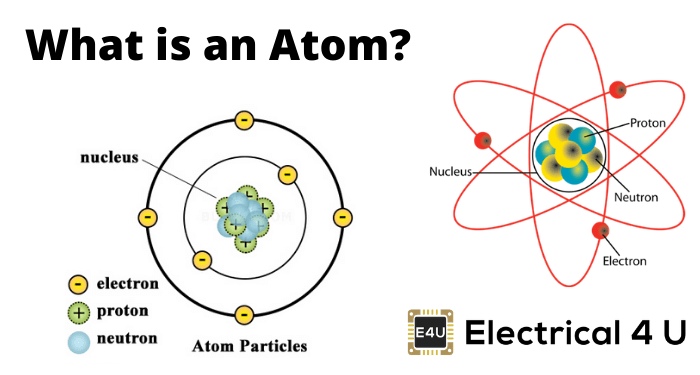 An atom is defined as the smallest particle of a substance that can exist by itself or be combined with other atoms to form a molecule.

In the year 1808, famous English chemist, physicist, and meteorologist John Dalton published his theory of the atom. At that time, many unexplained chemical phenomena got quickly unlocked by Dalton’s theory. Hence, the theory became a theoretical foundation of chemistry. The postulates of Dalton’s atomic theory were as follows.

Dalton’s theory had certain drawbacks like; today we know that atoms can be destroyed. Also, some atoms of the same elements vary in their mass(isotopes). The theory also fails to explain the existence of allotropes.

But in mordern era concept of atom is based on the combining the merits of Rutherford’s atomic model and Bohr’s atomic model. All substances are made up of atoms. All atoms consist of,

Nucleus is located at the center of atom. The diameter of nucleus is about 1/10000 of diameter of whole atom. Almost whole mass of atom is concentrated in its nucleus. Nucleus itself consists of two kinds of particles,

Protons are positively charged particles. Charge on each proton is 1.6 × 10-19 Coulomb. The number of protons in nucleus of an atom represents the atomic number of atom.

Neutrons do not have any electrical charge. Means, neutrons are electrically neutral particles. The mass of each neutron is equal to mass of the proton.
The nucleus is positively charged due to the presence of positively charged protons. In any material, the weight of the atom and radioactive properties are associated with the nucleus.

An electron is a negatively charged particle present in the atoms. Charge on each electron is – 1.6 × 10 – 19 Coulomb. These electrons surround the nucleus. Some facts about electrons in an atom are listed and explained below,

If we go through the examples below it will be clear to us.

Atomic Structure of Aluminum having 13 Electrons 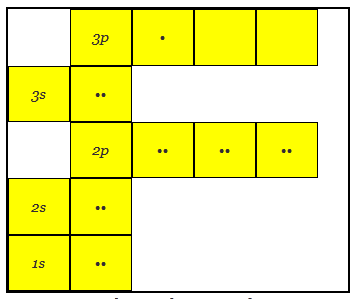 Atomic Structure of Copper having 29 Electrons 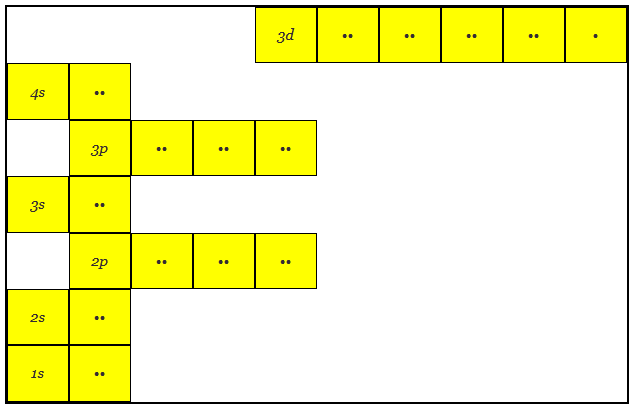 Atomic Structure of Silver having 47 Electrons 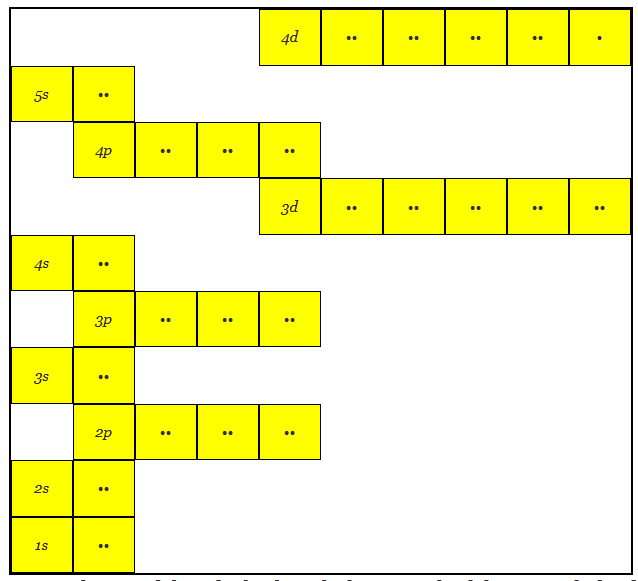 The modern atomic theory is just little more evolved than the Dalton’s Theory. Modern atomic theory is also called as quantum theory. The concept of wave particle duality comes into picture here. It says that the electrons which are considered to be particles can sometimes behave like waves. So an atom has a nucleus which is surrounded by probability clouds. These clouds are the most probably locations of electrons. The size and shape of these clouds can be calculated by using the equations of the waves.