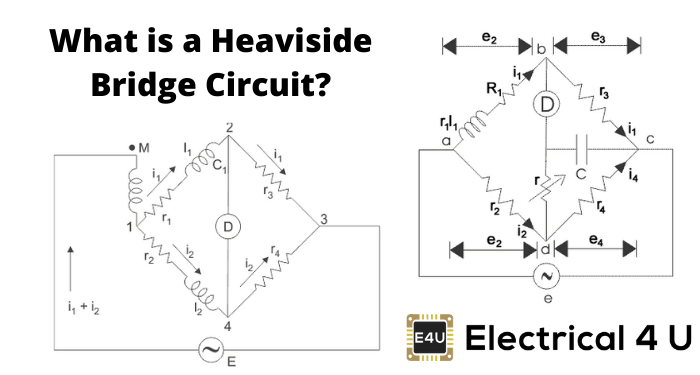 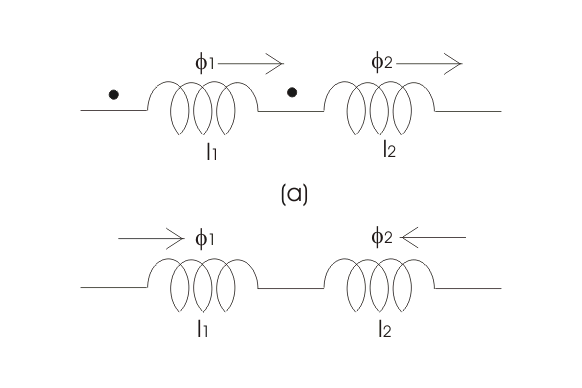 Such that the magnetic fields are additive, the resultant inductor of these two can be calculated as

On solving these two equations we have

However, one needs to have the two series coils on the same axis in order to get most accurate result. Let us consider the circuit of Heaviside mutual inductor bridge, given below,

and mutual inductor is given by,

Let us consider some special case,

In this case the mutual inductor is reduced to

Now let us consider the circuit of Campbell’s Heaviside bridge given below:

This is the modified Heaviside bridge. This bridge is used to measure the unknown value of self inductor in terms of mutual inductance.The modification is due to addition of balancing coil l, and R in arm 1 – 4 and also electrical resistance r is included in arm 1-2. Short circuit switching is connected across r2 and l2 in order to have two sets of readings one while short circuiting r2 and l2 and other while open circuiting r2 and l2.

Now let us derive the expression for self inductor for this modified Heaviside bridge. Also let us assume that the value of M and r with switch open be M1 and r1, M2 and r2 with switch closed.
For open switch, we have at balance point,

and with closed switch we can write

Thus we final expression for self inductor