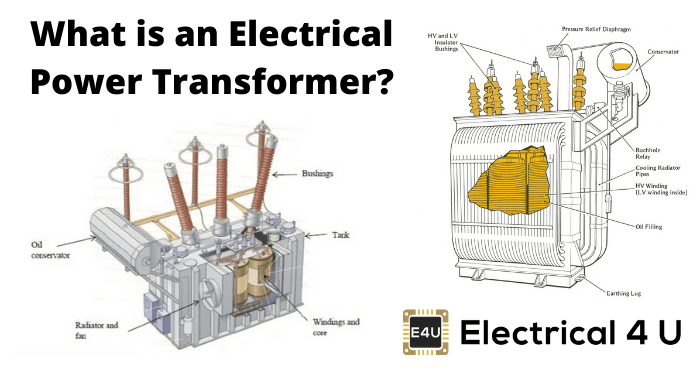 A power transformer is a static machine used for transforming power from one circuit to another without changing the frequency. As there is no rotating or moving parts, a transformer is classified as a static device. Transformer operates on an AC supply. Transformers operate based on the principle of mutual induction.

Use of Power Transformers

But if the voltage level of a power is increased, the current of the power is reduced which causes reduction in ohmic or I2R losses in the system, reduction in cross-sectional area of the conductor i.e. reduction in capital cost of the system and it also improves the voltage regulation of the system. Because of these, low level power must be stepped up for efficient electrical power transmission.

This is done by step up transformer at the sending side of the power system network. As this high voltage power may not be distributed to the consumers directly, this must be stepped down to the desired level at the receiving end with the help of step down transformer. Electrical power transformer thus plays a vital role in power transmission. 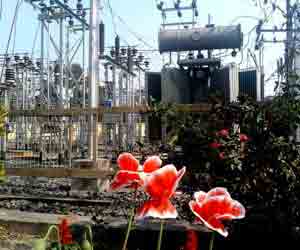 Transformers can be categorized in different ways, depending upon their purpose, use, construction etc. Note that sometimes these classifications overlap – e.g. a transformer can be both a three phase transformer and a step up transformer at the same time. For more information, some of the best electrical engineering books explain the workings of a transformer in more detail.

The types of transformers are as follows: 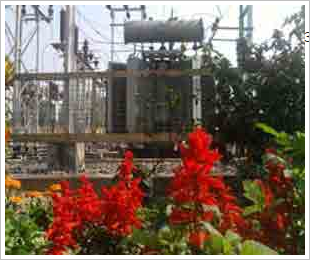 Power transformers are generally used in transmission network for stepping up or down the voltage level. It operates mainly during high or peak loads and has maximum efficiency at or near full load.

Distribution transformer steps down the voltage for distribution purpose to domestic or commercial users. It has good voltage regulation and operates 24 hrs a day with maximum efficiency at 50% of full load.

Instrument transformers include C.T and P.T which are used to reduce high voltages and current to lesser values which can be measured by conventional instruments.

A two winding transformer is generally used where the ratio between the high voltage and low voltage side is greater than 2.

It is more cost effective to an autotransformer in situations where the ratio between the high voltage and low voltage sides is less than 2.

As the name suggets: outdoor transformers are designed for installing outdoors.

Whereas indoor transformers are designed for installing at indoors (who would have guessed!).

In oil cooled transformers, the cooling medium is transformer oil. Whereas in the dry type transformer, air cooling is used instead.

There are two main types of transformer windings – core type, and shell-type. There are also berry type transformers.

A core type transformer has two vertical legs or limbs with two horizontal sections named yoke. The core is rectangular in shape with a common magnetic circuit. Cylindrical coils (HV and LV) are placed on both the limbs.

A shell type transformer has a central limb and two outer limbs. Both HV, LV coils are placed on the central limb. The double magnetic circuit is present.

In a berry type transformer, the core looks like the spokes of a wheel. Tightly fitted metal sheet tanks are used for housing this type of transformer, with transformer oil filled inside.

If we want to know the history of transformer we have to go back long in the 1880s. Around 50 years before that in 1830 the property of induction was discovered, and this is the working principle of transformer.

Later the transformer design was improved resulting in more efficiency and lesser size. Gradually the large capacity of transformers in the range of several KVA, MVA came into existence.