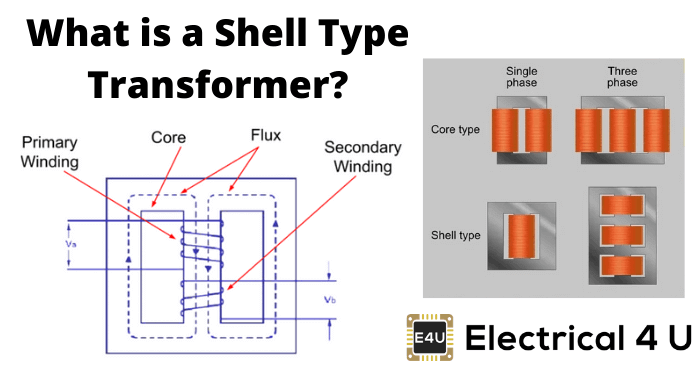 Depending on the construction of its magnetic core, we can categorize transformers into two types:

We use ‘E’s and ‘L’s shape laminations to make the core of the shell-type transformer. 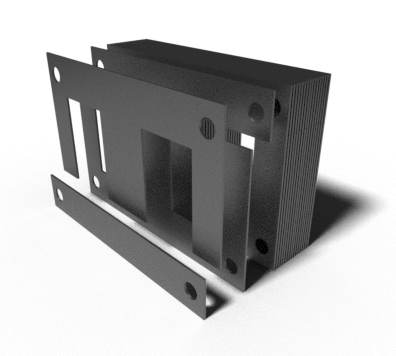 The core of a single phase shell type transformer is constructed with of three limbs (legs). This design increases the mechanical strength of the core. It also improves the protection of windings from external mechanical shocks. The HV and LV windings are wound around the central limb. The central limb carries the entire flux (φ), whereas the side limbs carry half of the flux (φ/2). Hence, to accommodate the flux the cross-section of the central limb is twice than that of the side limbs. 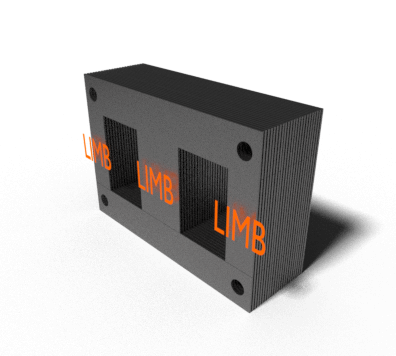 The magnetic flux flows through two closed magnetic paths which decrease the core losses and hence increase the efficiency of transformer. So, shell type transformer gives more output compared to similar core type transformer. One of the main benefits we get using shell-type is that the core gives a good support against the electromagnetic forces that can occur between the current carrying conductors during the case of a short-circuit.

HV and LV windings are wound longitudinally along the core alternately. The HV coils are sandwiched between two LV coils as shown in the figure below. 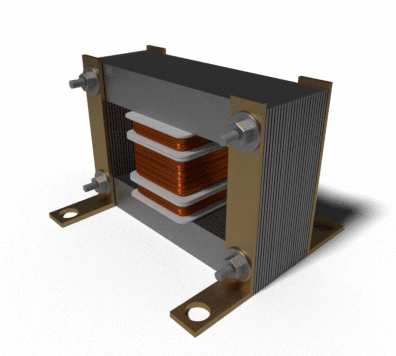 Since, both HV and LV coils are wound on the central limb surface, the quantity of conductor required for woundings of shell type transformer is less than that of a similar core type transformer. The requirement of insulation materials is more here as the windings are sandwiched on each other which could give rise to a risk of short-circuit faults. The design of shell-type is a bit complex compared to core-type due to its winding structure. Any defect in the inner windings can only be attended after removing all outer windings hence the winding maintenance jobs are very hard in shell type transformer.

Forced air and/or forced oil cooling is essential in shell type transformer as heat generated during working, cannot get dissipated easily from windings due to surrounding yoke and limbs.

Special fabrication facilities are required for the construction of a shell-type transformer due to its complexity and that leads to increased manufacturing and labour cost.