Let us take the example of germanium where there are 32 orbiting electrons across the nucleus in each atom. 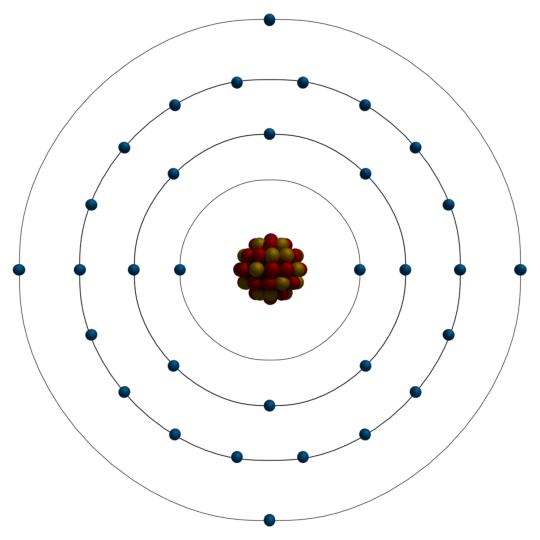 Each atom in the germanium contributes four valence electrons to make the covalent bond with four adjacent germanium atoms in the crystal. So the atoms are tetravalent. The inert ionic core of the germanium acts as a positive charge of +4 electronic charges. The valance electrons in germanium crystal serve to bind one atom to the next.

Hence, it can be said that the valance electrons are tightly bounded with the atoms in the crystal. Because of that, although a germanium atom has four valence electrons in it germanium crystal as a whole is not an excellent conductor of electricity. At absolute zero temperatures a semiconductor crystal behaves just like an insulator as there are no free carriers of electricity available. 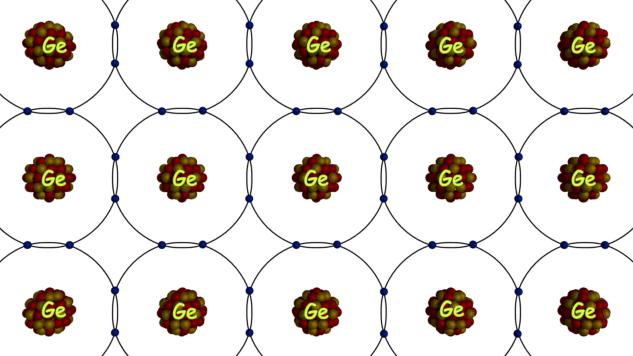 The energy required to break the covalent bond is about 0.72 eV in germanium, and that is 1.1 eV in silicon at room temperature. When one covalent bond breaks, the either of electrons that previously involved in the bond formation comes out with keeping a vacant place behind it on the bond. This vacancy is referred as a hole. 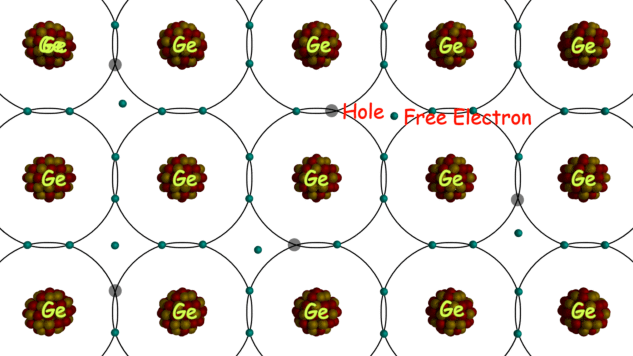 When there is an incomplete bond in a semiconductor crystal, a hole exists in the bond. It is a little bit easier for the electron, to form a bond with neighborhood atoms; hence, it leaves its previous position for occupying the newly created hole nearby. When an electron moves to fill a hole from its previous position in the bond, it leaves another new hole behind it.

When the second hole is created, then electron of any other neighborhood bond may come out to fill up the second hole with creating a new hole behind it. Hence, it can be visualized that as such holes are moving in the direction opposite to the movement of electrons. In this way semiconductor conducts electricity with help of these two types of electricity or charge carriers (electrons and holes).

From the above explanation if we sincerely think we can visualize that while a hole moves from one direction to other direction at the same time electron moves in just opposite direction of that. It means whenever holes move in a respective forward direction, the negative charge moves in the opposite or backward direction.

The current density due to drift of electrons is given by,

Although, this prompt sensitivity to variation of temperature makes the semiconductor useful for many applications. Many specially made semiconductors are used as the transducers for measuring temperature. These devices are known as thermistors.