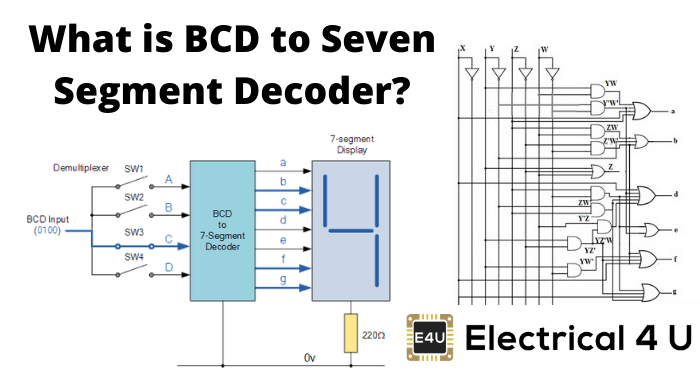 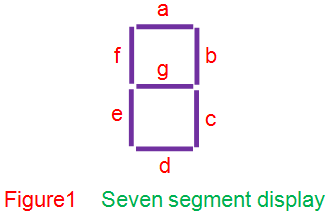 For the display to work, these segments are to be driven by the certain logic level at their input. Depending on this, seven segment displays are found to be of two types viz., common cathode type and common anode type.
A common cathode display (Figure 2a) has all the cathode terminals of its LED segments tied together (green line). Further, this is grounded and hence is considered to be at logic 0 state. This means that in order to light up an LED, one needs to drive it high. On the other hand, a common anode display shown by Figure 2b has all its anode terminals connected together which is further driven high by connecting it to a positive supply voltage (green line). Hence for this kind of display to work, one has to drive low on the cathode terminals of the individual LED segments.

BCD to seven segment decoder is a circuit used to convert the input BCD into a form suitable for the display. It has four input lines (A, B, C and D) and 7 output lines (a, b, c, d, e, f and g) as shown in Figure 3. Considering common cathode type of arrangement, the truth table for the decoder can be given as in Table I. 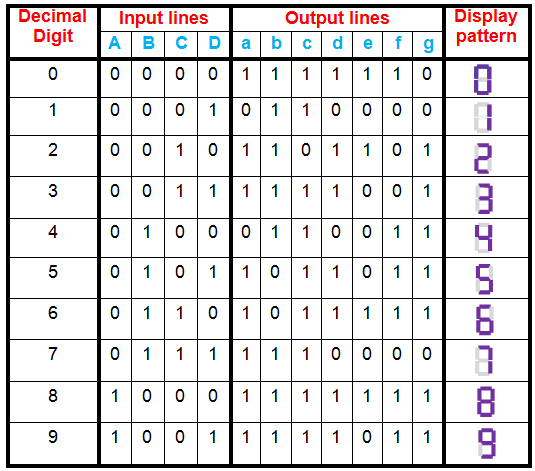 This table indicates the segments which are to be driven high to obtain certain decimal digit at the output of the seven segment display. However, it is to be noted that in the case of common anode type, the only change will be to interchange ones and zeros on the table. This means that from the truth table so obtained one can get to know where low has to be driven so as to obtain the required digit at the output. 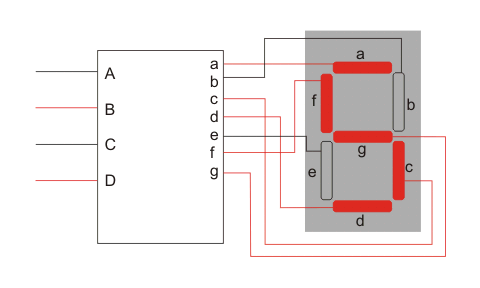