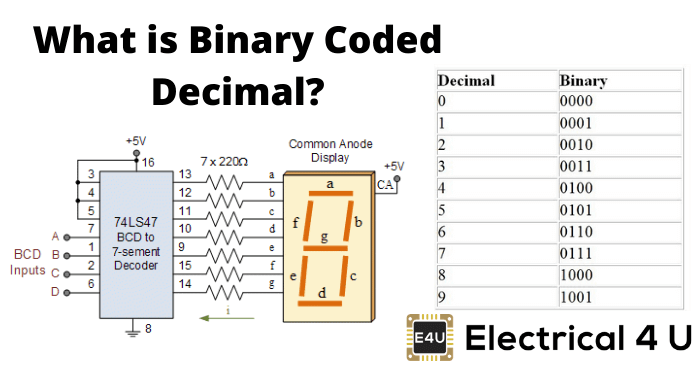 Like other number system in BCD arithmetical operation may be required. BCD is a numerical code which has several rules for addition. The rules are given below in three steps with an example to make the idea of BCD Addition clear.

As you can see the result is valid in BCD.
But in case 2 the result was already valid BCD, so there is no need to add 6. This is how BCD Addition could be.
Now a question may arrive that why 6 is being added to the addition result in case BCD Addition instead of any other numbers. It is done to skip the six invalid states of binary coded decimal i.e from 10 to 15 and again return to the BCD codes.
Now the idea of BCD Addition can be cleared from two more examples.
Example:1
Let, 0101 is added with 0110.

So no need to add 6 as because both

are less than (9)10. This is the process of BCD Addition.

In 1st method we will do BCD Subtraction by 1’s compliment method. There are several steps for this method shown below. They are:-

Examples given below would make the idea clear of BCD Subtraction.

Now you can check yourself.

In 2nd method we will do BCD subtraction in 9’s compliment method.