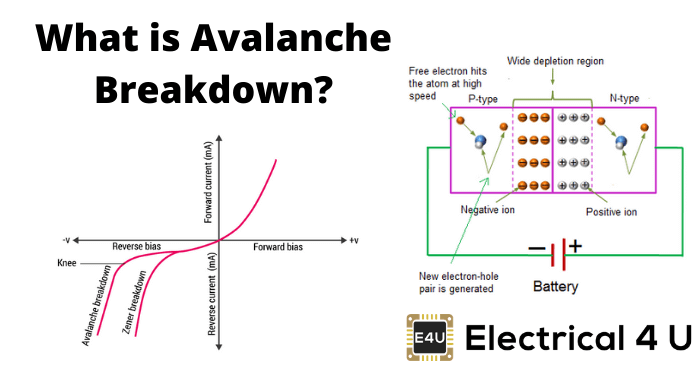 Figure 1 shows the I-V characteristics of such a p-n junction both for the case of forward- as well as reverse-bias. From the figure, it is clear that the current through the semiconductor rises with an increase in the magnitude of the applied voltage when the p-n junction is forward biased. Further it is seen that there will be a certain amount of minimum current flowing through the p-n junction under the reverse bias condition. This current is referred to as the reverse saturation current (IS) and is due to the minority charge carriers in the semiconductor device. 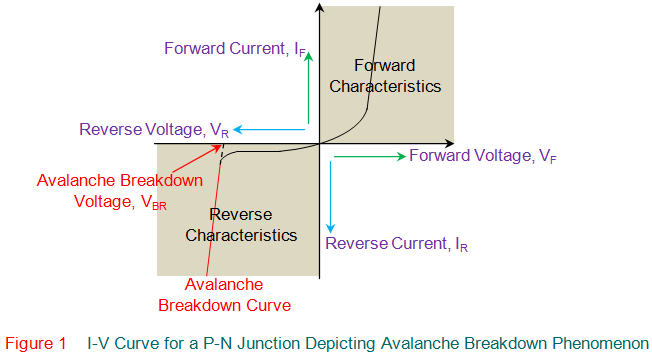 Moreover IS is observed to be almost independent of the applied voltage at its initial stage. However after reaching a particular point, the junction breaks-down leading to the heavy flow of reverse current through the device. This is because, as the magnitude of the reverse voltage increases, the kinetic energy of the minority charge carriers also increase. These fast moving electrons collide with the other atoms in the device to knock-off some more electrons from them.

The electrons so released further release much more electrons from the atoms by breaking the covalent bonds. This process is termed as carrier multiplication and leads to a considerable increase in the flow of current through the p-n junction. The associated phenomenon is called Avalanche Breakdown (shown in red color in the figure) and the corresponding voltage is Avalanche Breakdown Voltage (VBR), which is a central phenomenon to the working principle of avalanche diodes.

The efficiency of Avalanche breakdown can be expressed in terms of multiplication factor, M given by

Here, V and VBR represent the applied voltage and the breakdown voltage, respectively.