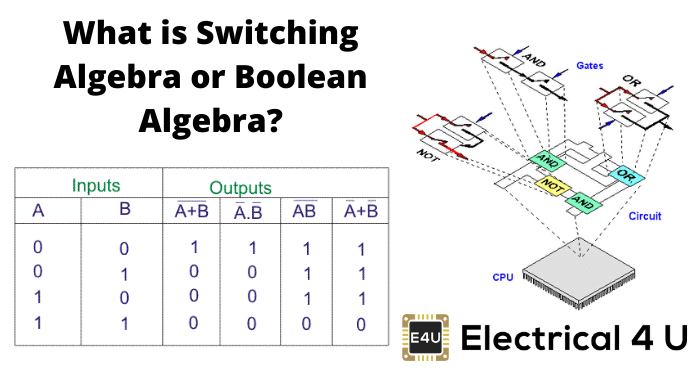 Some basic laws for Boolean Algebra,

From truth table it is proved that,

Both A and A+A.B column is same.

These are another method of simplifying complex Boolean expression. In this method we only use three simple steps.

will be first complemented, i.e.

Now, complement each of the variable,

This is the final simplified form of Boolean expression,

And it is exactly equal to the results which have been come by applying De Morgan Theorem.
Another example,

Now let us represent the function in truth table.