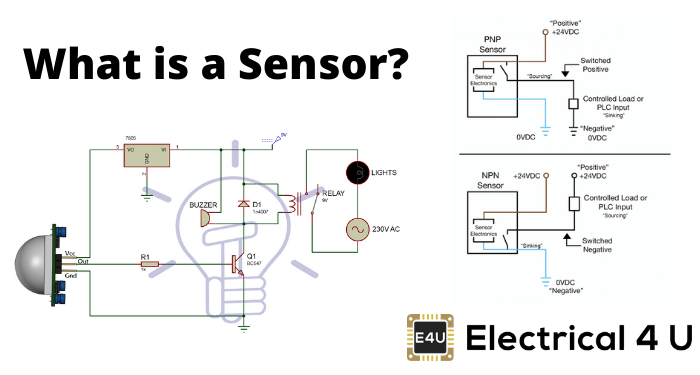 The initial stage is input device which is mainly what we are going to discuss in this chapter.

A sensor is a device that responds to any change in physical phenomena or environmental variables like heat, pressure, humidity, movement etc. This change affects the physical, chemical or electromagnetic properties of the sensors which is further processed to a more usable and readable form. Sensor is the heart of a measurement system. It is the first element that comes in contact with environmental variables to generate an output.

The signal produced by the sensor is equivalent to the quantity to be measured. Sensors are used to measure a particular characteristic of any object or device. For example a thermocouple, a thermocouple will sense heat energy (temperature) at one of its junction and produce equivalent output voltage which can be measured by a voltage read by the voltmeter.
All sensors need to be calibrated with respect to some reference value or standard for accurate measurement. Below is the figure of a thermocouple. 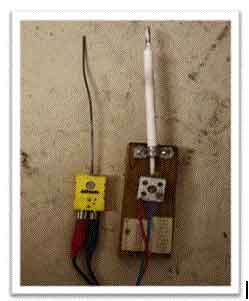 Note that a transducer and a sensor are not the same. In the above given example of thermocouple. The thermocouple acts as a transducer but the additional circuits or components needed like the voltmeter, a display etc together from a temperature sensor.

Hence the transducer will just convert the energy from one form to another and all the remaining work is done by the additional circuits connected. This whole device forms a sensor. Sensors and transducers are closely related to each other.

A good sensor should have the following characteristics

Sensors are classified based on the nature of quantity they measure. Following are the types of sensors with few examples.

Based on the quantity being measured

And so on.
(2) Active and passive sensors: Based on power requirement sensors can be classified as active and passive. Active sensors are those which do not require external power source for their functioning. They generate power within themselves to operate and hence called as self-generating type. The energy for functioning is derived from the quantity being measured. For example piezoelectric crystal generate electrical output (charge) when subjected to acceleration.

Passive sensors require external power source for their functioning. Most of the resistive, inductive and capacitive sensors are passive (just as resistors, inductors and capacitors are called passive devices).

(4) Inverse sensors: There are some sensors which are capable of sensing a physical quantity to convert it to other form and also sense the output signal form to get back the quantity in original form. For example a piezoelectric crystal when subjected to vibration generates voltage. At the same time when a piezo crystal is subjected to varying voltage they begin to vibrate. This property make them suitable to use in microphone and speakers.