There are some simple relationships between currents and voltages of different branches of an electrical circuit. These relationships are determined by some basic laws that are known as Kirchhoff laws or more specifically Kirchhoff Current and Voltage laws. These laws are very helpful in determining the equivalent electrical resistance or impedance (in case of AC) of a complex network and the currents flowing in the various branches of the network. These laws are first derived by Guatov Robert Kirchhoff and hence these laws are also referred as Kirchhoff Laws. 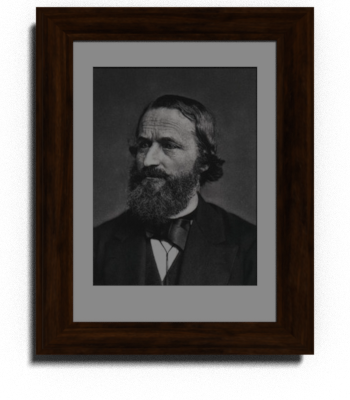 Suppose the point is on the conductor through which the current is flowing, then the same current crosses the point which can alternatively said that the current enters at the point, will leave the point. As we said the point may be anywhere on the circuit, so it can also be a junction point in the circuit.

So, total quantity of current enters at the junction point must be exactly equal to total quantity of current that leaves the junction. This is the very basic thing about flowing of current and fortunately Kirchhoff Current law says the same. The law is also known as Kirchhoff First Law and this law stated that, at any junction point in the electrical circuit, the summation of all the branch currents is zero. If we consider all the currents enter in the junction are considered as positive current, then convention of all the branch currents leaving the junction are negative. Now if we add all these positive and negative signed currents, obviously, we will get result of zero.
The mathematical form of Kirchhoff’s Current Law is as follows,
We have a junction where n number of beaches meet together.
Lets,

may be considered as negative.
Hence all the branch currents in respect of the said junction are –

Now, the summation of all currents at the junction is-

This is equal to zero according to Kirchhoff Current Law.
Therefore,

The mathematical form of Kirchhoff First Law is ∑ I = 0 at any junction of electrical network.

This law deals with the voltage drops at various branches in an electrical circuit. Think about one point on a closed loop in an electrical circuit. If someone goes to any other point on the same loop, he or she will find that the potential at that second point may be different from first point. If he or she continues to go to some different point in the loop, he or she may find some different potential at that new location. If he or she goes on further along that closed loop, ultimately he or she reaches the initial point from where the journey was started. That means, he or she comes back to the same potential point after crossing through different voltage levels. It can be alternatively said that net voltage gain and net voltage drops along a closed loop are equal. That is what Kirchhoff Voltage law states. This law is alternatively known as Kirchhoff Second Law.

And voltage drops across the resistors respectively,

Now according to Kirchhoff Voltage law, the summation of all these voltages results to zero.

Application of Kirchhoff’s Laws to Circuits

The current distribution in various branches of a circuit can easily be found out by applying Kirchhoff Current law at different nodes or junction points in the circuit. After that Kirchhoff Voltage law is applied, each possible loop in the circuit generates algebraic equation for every loop. By solving all these equations, one can easily find out different unknown currents, voltages and resistances in the circuits.

Some Popular Conventions We Generally use During Applying KVL