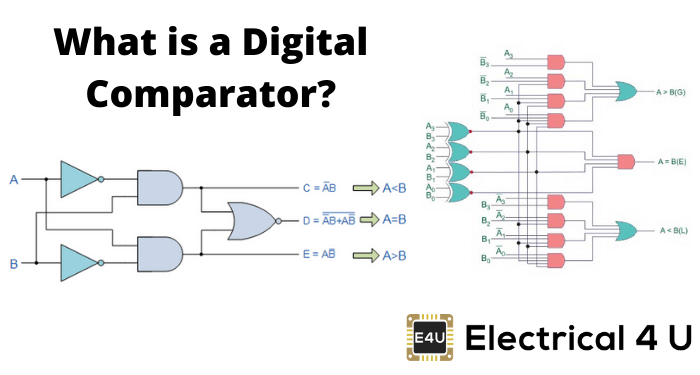 Suppose we have two binary numbers which we have to compare according to their magnitude. One number of these two numbers can either be greater, equal or smaller than the other number. The digital circuit which performs this comparison task between binary numbers is called digital comparator. For understanding better let us consider two single bit binary numbers A and B. The value of A and B either be 0 or 1 and nothing else. Now let us logically design a circuit which will have two inputs one for A and other for B and have three output terminals, one for A > B condition, one for A = B condition and one for A < B condition. Let us name the output terminals G, E and L respectively.

Now from above table, we get,

This circuit can be realized as,

Hence, G = 1 if either of the above equations is true,

The logic circuit can be drawn from the above equations (i), (ii) and (iii). 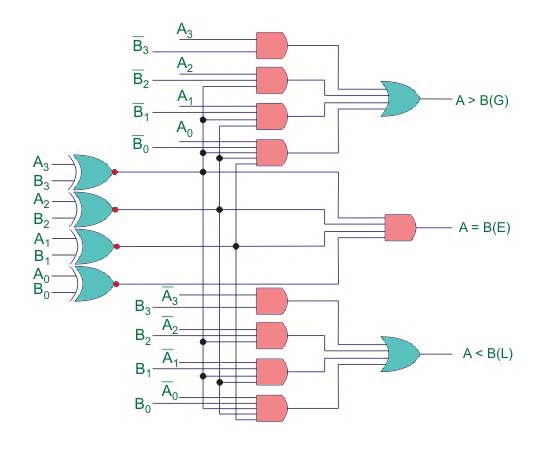 This is 4bit digital comparator.