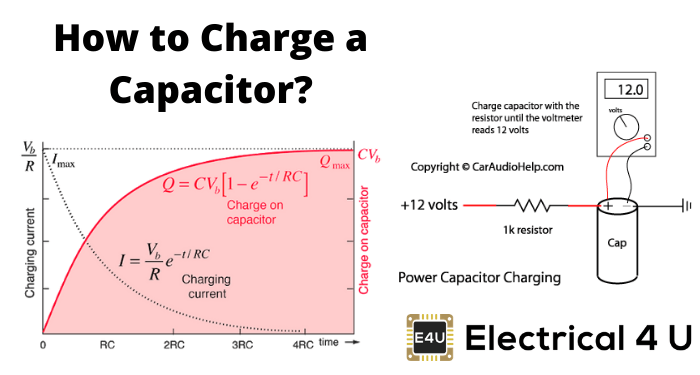 Let us connect one capacitor of capacitance C in series with a resistor of resistance R. We also connect this series combination of capacitor and resistor with a battery of voltage V through a push switch S. 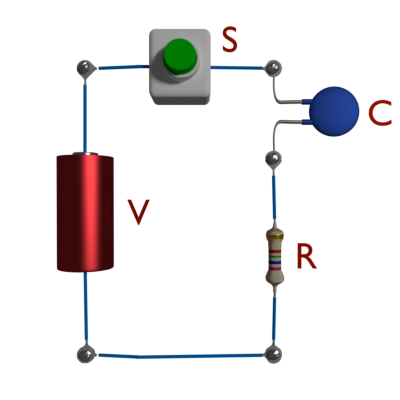 Applying, Kirchhoff’s Voltage Law, in the circuit at that instant, we can write,

Integrating both side we get,

Now, at the time of switching on the circuit, voltage across the capacitor was zero. That means, v = 0 at t = 0.
Putting these values in above equation, we get

After getting the value of A, we can rewrite the above equation as,

Now, we know that,

This is the expression of charging current I, during process of charging.
The current and voltage of the capacitor during charging is shown below. 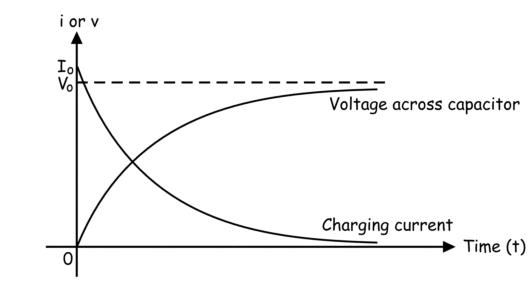 Here in the above figure, Io is the initial current of the capacitor when it was initially uncharged during switching on the circuit and Vo is the final voltage after the capacitor gets fully charged.
Putting t = RC in the expression of charging current (as derived above), we get, 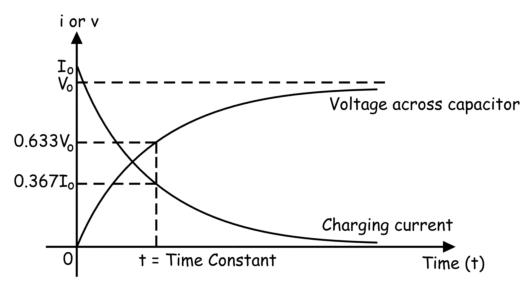