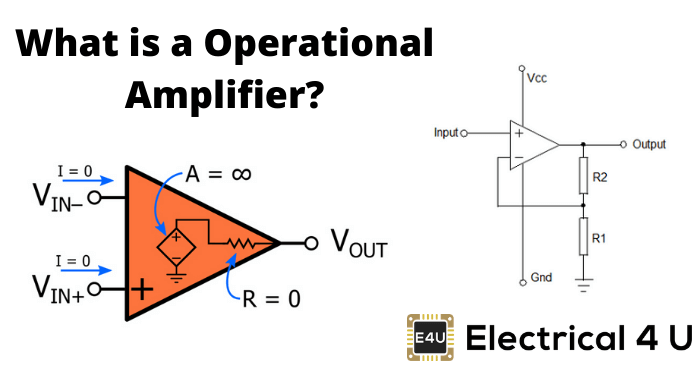 An operational amplifier or op amp is a DC coupled voltage amplifier with a very high voltage gain.

Op amp is basically a multistage amplifier in which a number of amplifier stages are interconnected to each other in a very complicated manner. Its internal circuit consists of many transistors, FETs and resistors. All this occupies a very little space.
So, it is packed in a small package and is available in the Integrated Circuit (IC) form. The term Op Amp is used to denote an amplifier which can be configured to perform various operations like amplification, subtraction, differentiation, addition, integration etc. An example is the very popular IC 741.

The symbol and its actual appearance in the IC form is shown below. The symbol appears as an arrowhead which signifies that the signal is flowing from output to input. 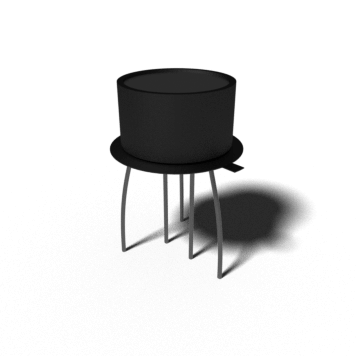 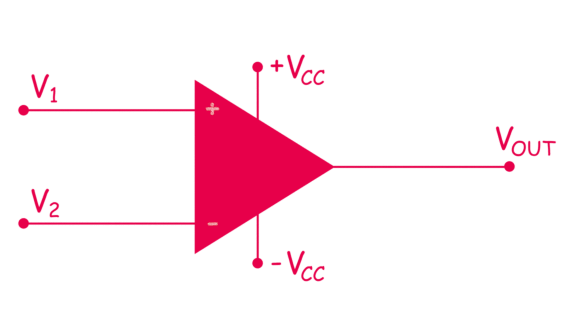 Input and Output Terminals of an Operational Amplifier

Power Supply for an Operational Amplifier

As seen from the circuit symbol above it has two input power supply terminals +VCC and –VCC. For the operation of an op-amp a dual polarity DC supply is essential. In the dual polarity supply, we connect the +VCC to the positive DC supply and the –VCC terminal to the negative DC supply. However few op-amps can also operate on a single polarity supply. Note that there is no common ground terminal in the op-amps hence the ground has to be established externally.

As said above an op-amp has a differential input and single ended output. So, if we apply two signals one at the inverting and another at the non-inverting terminal, an ideal op-amp will amplify the difference between the two applied input signals. We call this difference between two input signals as the differential input voltage. The equation below gives the output of an operational amplifier.

The above-explained operation of the op-amp was for open-loop i.e. without a feedback. We introduce feedback in the closed loop configuration. This feedback path feeds the output signal to the input. Hence, at the inputs, two signals are simultaneously present. One of them is the original applied signal, and the other is the feedback signal. The equation below shows the output of a closed loop op-amp.

An ideal op-amp should have the following characteristics:

None of the above-given parameters can be practically realized. A practical or real op-amp has some unavoidable imperfections and hence its characteristics differ from the ideal one. A real op-amp will have non-zero and non-infinite parameters.