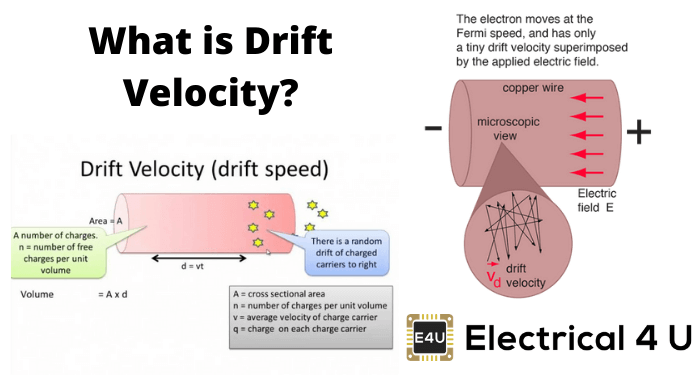 If a particle moves in space in such a manner that it randomly changes its directions and velocities, the resultant of these random motions as a whole is called drift velocity.

Where, μe is referred as electron mobility.

The current caused by the steady flow of electrons due to drift velocity is called drift current.