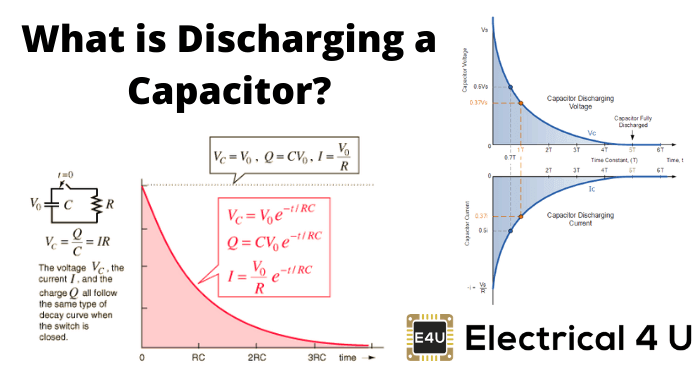 What is Discharging a Capacitor?

Discharging a capacitor means releasing the charge stored within the capacitor. Let’s go over an example where a capacitor is discharged.

We connect a charged capacitor of capacitance C farad in series with a resistor of resistance R ohms.

We then short circuit this series combination by switching on the push switch as shown. 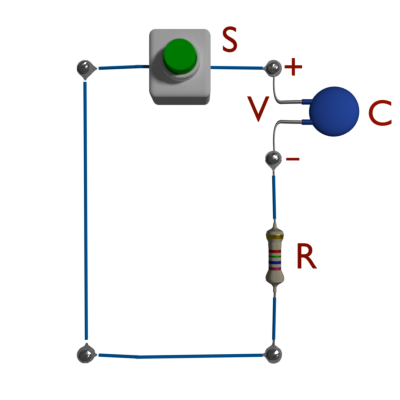 As soon as the capacitor is short-circuited, it starts discharging.

Let us assume, the voltage of the capacitor at fully charged condition is V volt. As soon as the capacitor is short-circuited, the discharging current of the circuit would be – V / R ampere.

But after the instant of switching on that is at t = +0, the current through the circuit is

As per Kirchhoff’s Voltage Law, we get,

Integrating both sides, we get,

After calculating the value of A, we get,

We know the form, KVL of the circuit,

If we plot these discharging current and voltage in the graph, we get,