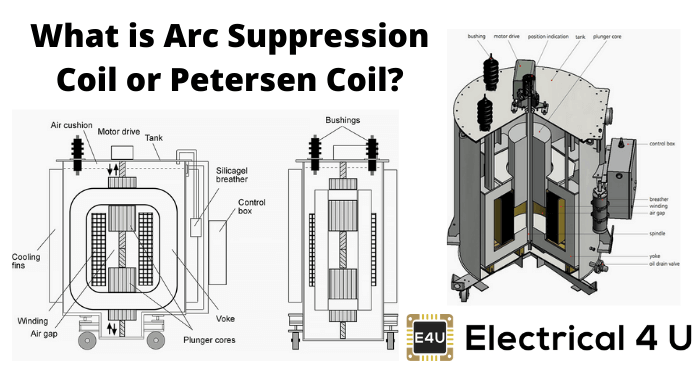 The voltages of a three phase balanced system is shown in figure – 1. 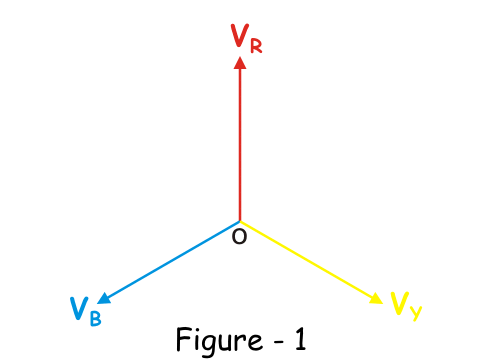 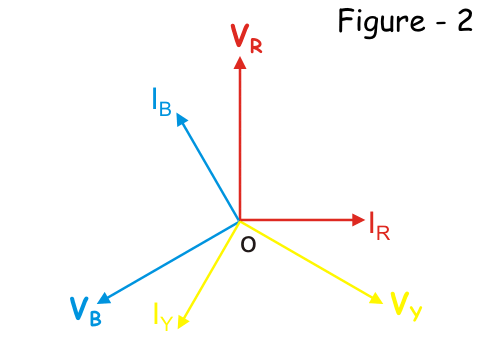 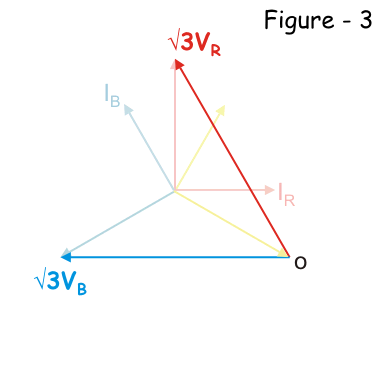 Naturally, the corresponding capacitive current in each healthy phase (red and blue) becomes &sqrt;3 of the original as shown in figure-4, below. 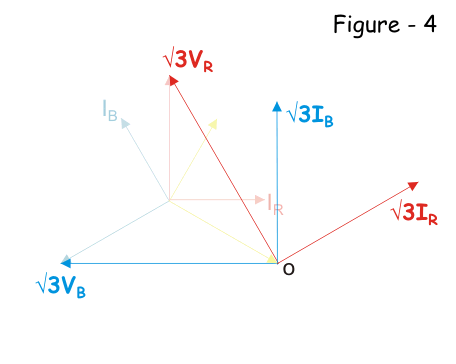 This is illustrated in the figure- 5 below, 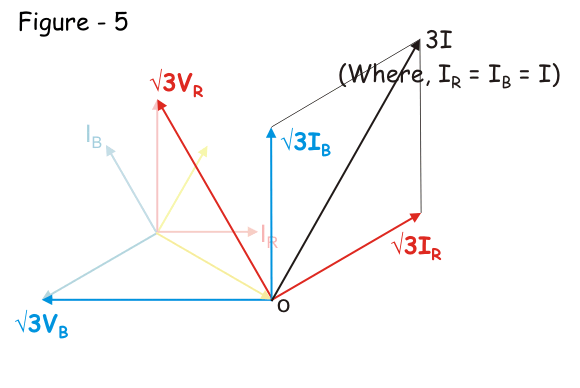 This resultant current then flows through the faulty path to the earth as shown below. 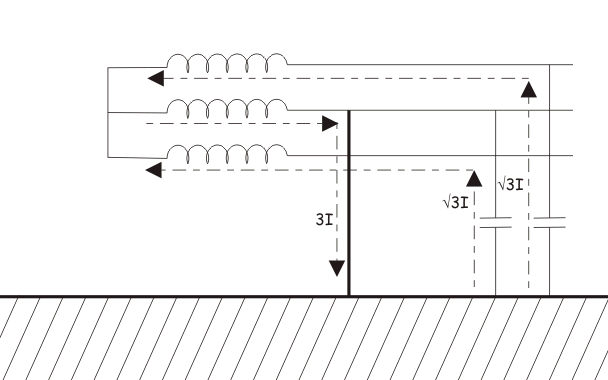 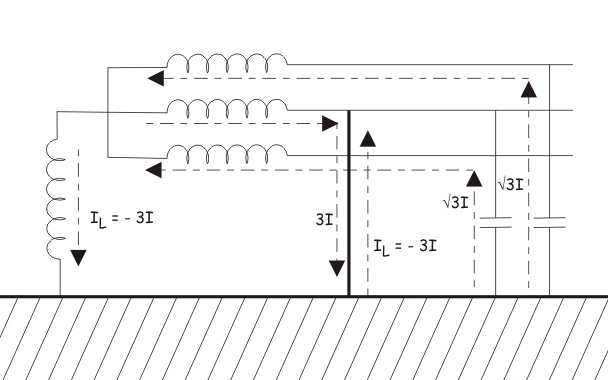 For that let us consider capacitance between conductor and earth in each phase of a system, is C farad. Then the capacitive leakage current or charging current in each phase will be

So, the capacitive current through the faulty path during single phase to earth fault is

After fault, the star point will have phase voltage as the null point is shifted to fault point. So the voltage appears across the inductor is Vph. Hence, the inductive current through the coil is

Now, for cancellation capacitive current of value 3I, IL must have same magnitude but 180o electrically apart. Therefore,

When, design or configuration (in length and/or cross section and/or thickness and quality in insulation) of the system changes the inductance of the coil is to be adjusted accordingly. That is why often Petersen coil is provided with tap changing arrangement.