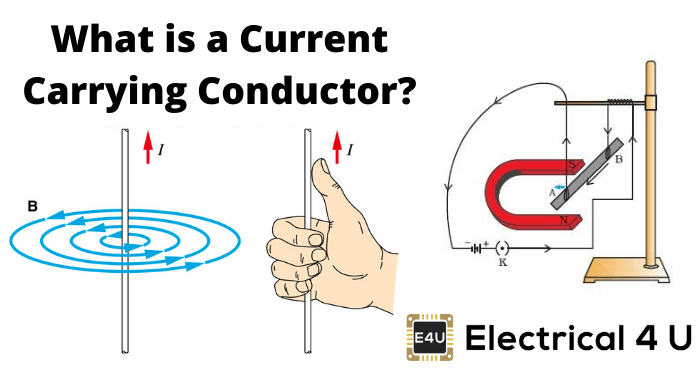 Following right hand thumb rule the magnetic flux lines get the direction along the bent fingers when thumb denotes the direction of the current flow, i.e. shown in the figure below. 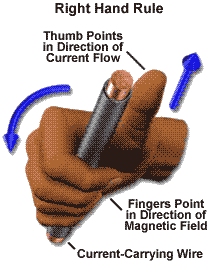 . This magnet is tightly fixed to the ground. Conductor is not fixed, rather it is free to move. The length of the conductor is just perpendicular of the permanent magnetic field of the horse shoe.

So, it is clear that the direction of current and magnetic field is normal to each other. 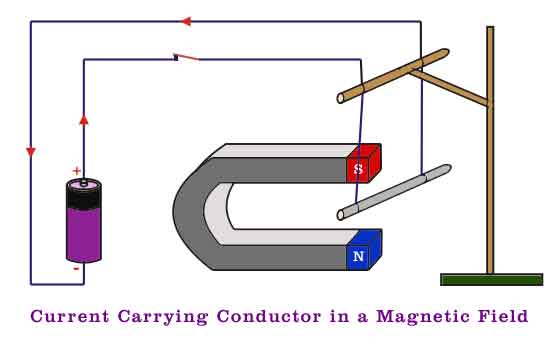 The concentric circles of electromagnetic flux due to flowing current (I) through this conductor try to repel the magnetic flux of the permanent magnet at that situation.

Let us consider the force is

Here the direction of the current depends on the orientation of length of the current carrying conductor (l), so vector is taken for length only. The force

is the cross product of length vector (

) and the flux density vector (

Here, θ is the angle between two vectors and

is the unit vector of the force in the perpendicular direction with respect to two vectors direction. 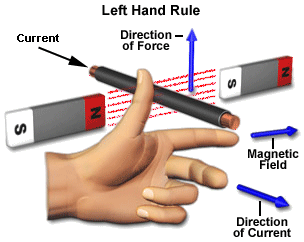 Now the direction of the current through this conductor depends on the conductor in which orientation the conductor is placed between two poles of the magnet. So the current carrying conductor always faces a force in the vicinity of a permanent magnet or any electro-magnet. Based on this phenomenon DC motor rotates.