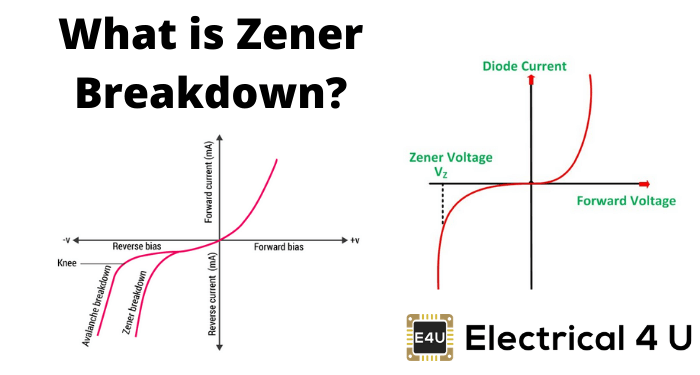 Due to this highly intensified electric field, a number of the covalent bonds in the p-n junction break-off releasing their valence electrons. In this way, valence electrons get excited and migrated to the conduction band leading to an abrupt increase in the current flow through the diode. This phenomenon is referred to as Zener Breakdown, and the corresponding voltage is called Zener Breakdown Voltage and usually denoted by VZ, shown in red color in Figure 1. The phenomenon was first observed and explained by Dr. Clarence Zener in 1934 and is thus named after him. 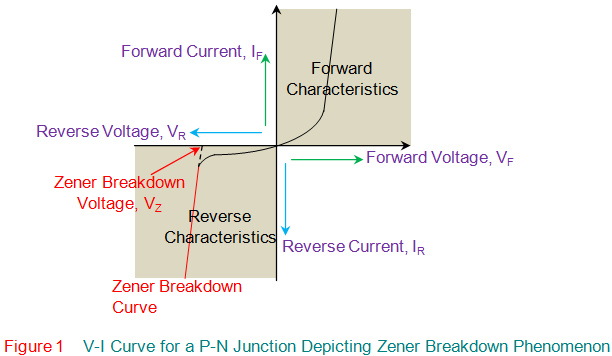 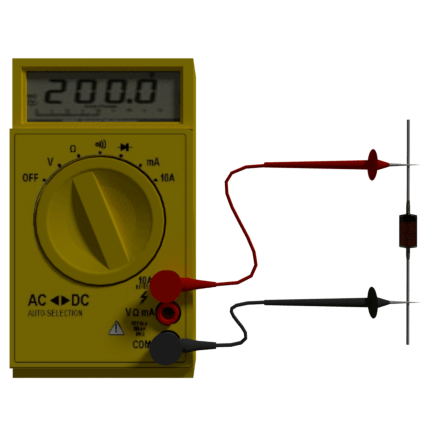