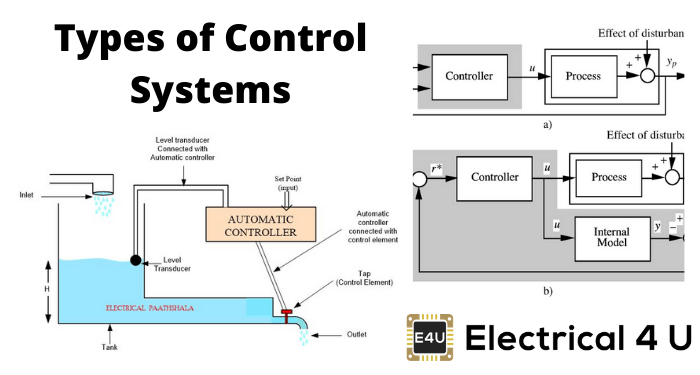 In order to understand the linear control system, we should first understand the principle of superposition. The principle of superposition theorem includes two the important properties and they are explained below:
Homogeneity: A system is said to be homogeneous, if we multiply input with some constant A then the output will also be multiplied by the same value of constant (i.e. A).
Additivity: Suppose we have a system S and we are giving the input to this system as a1 for the first time and we are getting the output as b1 corresponding to input a1. On the second time we are giving input a2 and correspond to this we are getting the output as b2.

Now suppose this time we are giving input as a summation of the previous inputs (i.e. a1 + a2) and corresponding to this input suppose we are getting the output as (b1 + b2) then we can say that system S is following the property of additivity. Now we are able to define the linear control systems as those types of control systems which follow the principle of homogeneity and additivity.

Consider a purely resistive network with a constant DC source. This circuit follows the principle of homogeneity and additivity. All the undesired effects are neglected and assuming ideal behavior of each element in the network, we say that we will get linear voltage and current characteristic. This is the example of a linear control system.

A well-known example of a non-linear system is a magnetization curve or no load curve of a DC machine. We will discuss briefly no-load curve of DC machines here: No load curve gives us the relationship between the air gap flux and the field winding mmf. It is very clear from the curve given below that in the beginning, there is a linear relationship between winding mmf and the air gap flux but after this, saturation has come which shows the nonlinear behavior of the curve or characteristics of the nonlinear control system. 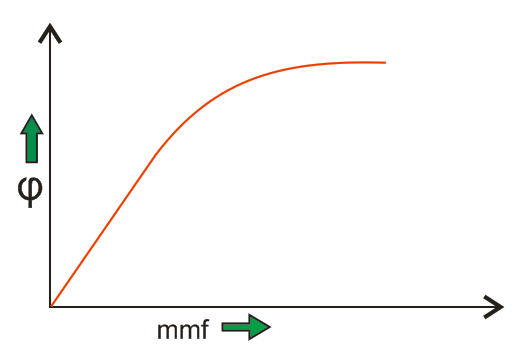 In these types of control systems, we have a discrete signal (or signal may be in the form of pulse) as the input to the system. These signals have a discrete interval of time. We can convert various sources of continuous input signal like sinusoidal type signal input source, square type of signal input source etc into a discrete form using the switch.
Now there are various advantages of discrete or digital system over the analog system and these advantages are written below:

These are also known as SISO type of system. In this, the system has single input for a single output. Various example of this kind of system may include temperature control, position control system, etc.

These are also known as MIMO type of system. In this, the system has multiple outputs for multiple inputs. Various example of this kind of system may include PLC type system etc.

In these types of control systems, the various active and passive components are assumed to be concentrated at a point and that’s why these are called lumped parameter type of system. Analysis of such type of system is very easy which includes differential equations.

In these types of control systems, the various active (like inductors and capacitors) and passive parameters (resistor) are assumed to be distributed uniformly along the length and that’s why these are called distributed parameter type of system. Analysis of such type of system is slightly difficult which includes partial differential equations.