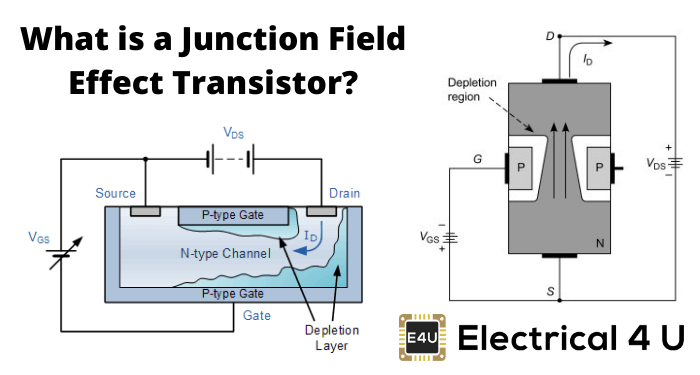 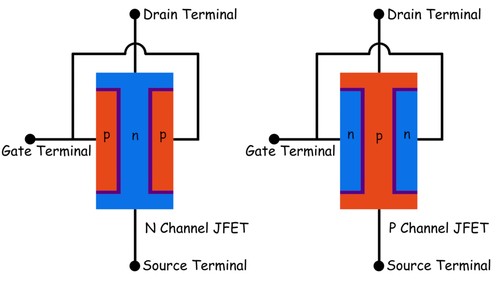 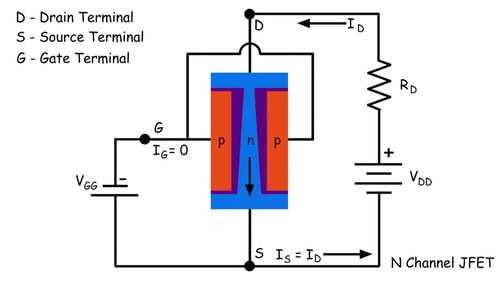 In normal operating condition the drain terminal of n channel JFET is applied with positive potential and the drain terminal of a p channel JFET is applied with negative potential. The gate voltage is kept such in a JFET that the PN junction between the gate region and the channel is in reverse biased condition. The width of the depletion layer of this PN junction can be varied by varying gate terminal voltage. The opening of the channel depends on the width of the depletion layer. 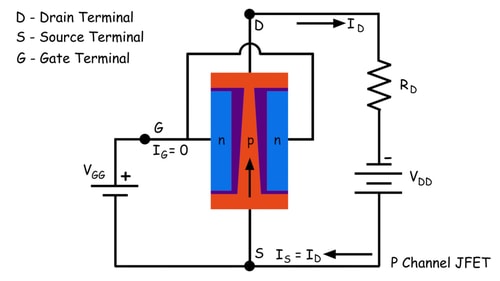 If by changing the gate terminal voltage, the width of the depletion layer increases, it is extended into the channel and reduces the opening of the channel and therefore the current through the channel gets decreased. Hence we can conclude that by controlling gate voltage we can control the drain current. Depending on that typical property of the JFET we can use this JFET for many different electronic applications. A JFET can be used as a switch, as an amplifier etc.