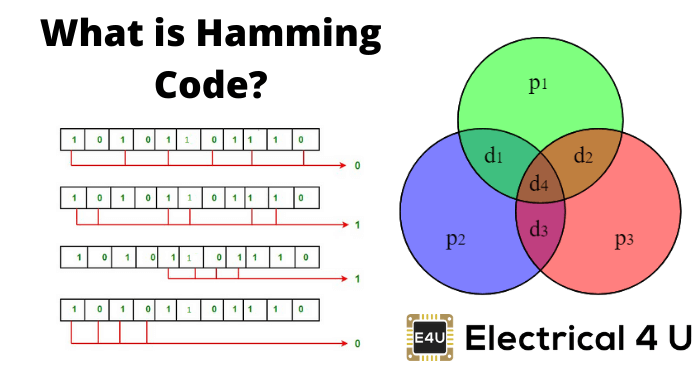 What is Hamming Code?

We have seen, in the case of the error detection and correction codes described above, how an increase in the number of redundant bits added to message bits can enhance the capability of the code to detect and correct errors. If we have a sufficient number of redundant bits, and if these bits can be arranged such that different error bits produce different error results, then it should be possible not only to detect the error bit but also to identify its location.

Actually, the addition of bits which are redundant alters the ‘distance’ Code parameter, which we know as the Hamming distance. Now we need to know what is hamming distance, it is nothing but the difference in number of bits between two code words which we are checking.

We can explain it with an example, like the addition of single-bit parity results in a code with a Hamming distance of at least and the smallest Hamming distance in the case of a threefold repetition code would be hamming noticed that an increase in distance enhanced the code’s ability to detect and correct errors which is highly desirable.

Therefore Hamming’s code was an attempt to increase the Hamming distance and at the same time to have as high information at a throughput rate as possible.

The algorithm for writing the generalized Hamming code is as follows:

We have discussed a lot about the Hamming codes and now we can conclude that these codes are capable of correcting single-bit errors on messages of any length. Although this code can detect two-bit errors, we are unable to get the error locations.