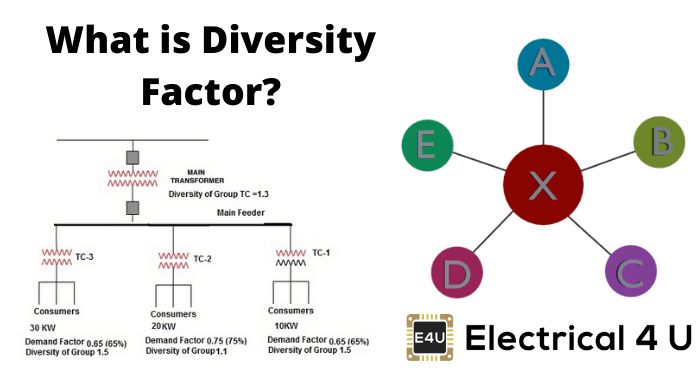 We can not store electricity. Thus we have to generate electricity when it is required and as much it is required. The electrical source either it is generating station or substation or any other electric utility, has to fulfil the maximum demand of all connected loads to that source. But we are fortunate enough that the maximum demands of all the loads connected to a source usually do not happen simultaneously. Instead, maximum loading demands of various loads occur at different period of times in a day. Because of this typicality of electrical load, we can construct a comparatively smaller source of electricity to fulfil a significant number of consumers or loads. Here the term diversity factor comes into the picture. We define the diversity factor of an electrical system as the ratio of the sum of maximum demands of individual loads connected to the system to the simultaneous maximum demand of the system itself. We can understand better if we give a practical example of diversity factor. The maximum simultaneous load on the substation cannot be more or even equal to the sum of the maximum demand of individual loads as these maximum demands of individual load do not occur concurrently at the same time.

Let us consider an electrical substation. We can categorise the loads connected to that substation as domestic loads, commercial loads, industrial loads, municipal loads, irrigation loads and traction loads.

So we now understand that the maximum demands of all loads connected to a substation do not coincide. Instead, they occur in different periods during a 24-hour span. Because of this diversity of electrical loads, we can construct comparatively lower capacity substation or a similar utility for larger connected loads. 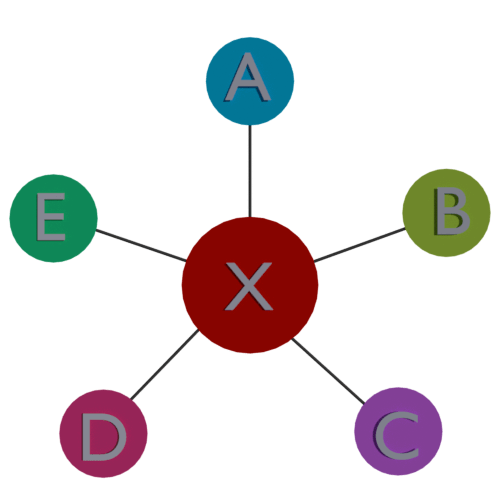 It is needless to say that the value of diversity factor must be greater than unity. It is always desirable to have diversity factor as bigger as possible, to facilitate the commercial viability electricity utility business.