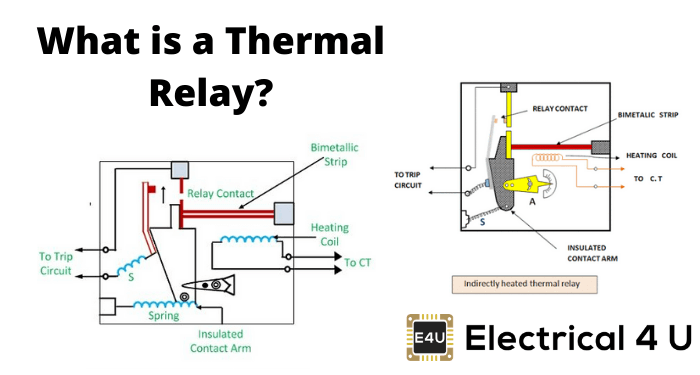 A thermal relay works depending upon the above mentioned property of metals. The basic working principle of thermal relay is that, when a bimetallic strip is heated up by a heating coil carrying over current of the system, it bends and makes normally open contacts. 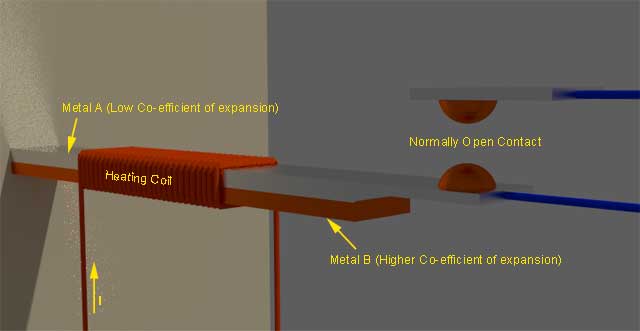 The strip bends, the NO contact is closed which ultimately energizes the trip coil of a circuit breaker.
The heating effect is not instantaneous. As per Joule’s law of heating, the amount of heat generated is

That is why this type of relay is generally used where over load is allowed to flow for a predetermined amount of time before it trips. If overload or over current falls down to normal value before this predetermined time, the relay will not be operated to trip the protected equipment.
A typical application of thermal relay is overload protection of electric motor.