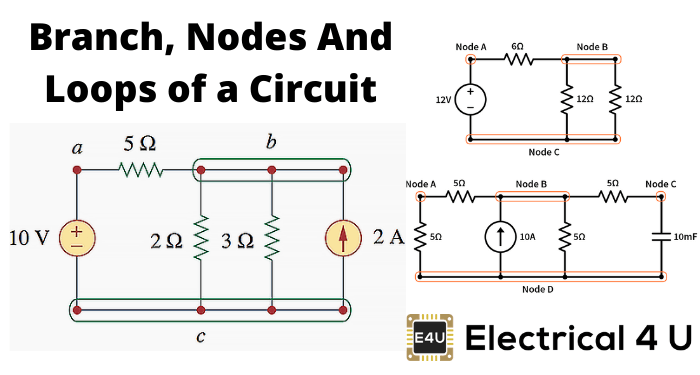 In the above circuit nodes are indicated by bullets.

NB:- If three is no element between two or more connected adjacent nodes, these nodes can be recombined as a single node. 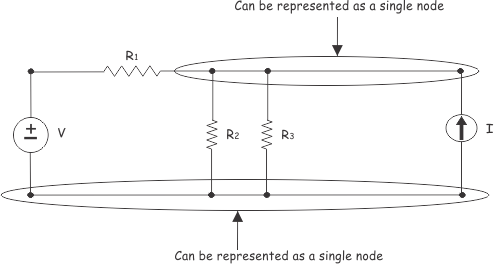 Finally, the circuit can be redrawn as,

The elements connected to an electric circuit is generally two terminal element. When, one circuit element is connected to the circuit, it connects itself through both of its terminals, to be a part of a closed path.

An electric circuit has numbers of nodes. If one starts from one node and after going through a set of nodes returns to same starting node without crossing any of the intermediate node twice, he has travels through one loop of the circuit.

Loop is any closed path in the circuit formed by branches.