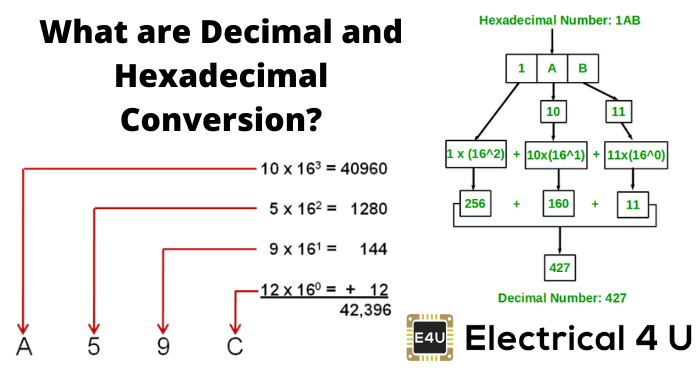 Before explaining the number system we should know why this number system came into existence. The natural tendency of human is to use decimal number system because they are familiar with this as the use of 0 is very easy and the operations are user friendly. And the computer systems used binary systems earlier because there are only two states on and off.

But as the dependency on computer grew up and different mathematical programs and different softwares needed to be developed there came the need to develop a number system having base larger than decimal and 16 was chosen because the bits, bytes are multiples of it. Now days this number system is used in HTML and CSS, hexadecimal notations are used in them. This number system was first used around 1956 in Bendix G-15 computer. 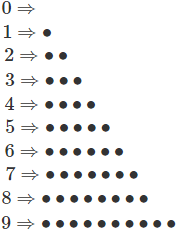 That is nine plus one. After that we will have 11 then 12 and so on. That means after nine or 9 we bring back first non – zero digit of symbol that is 1 at left side and repeat all the symbols from 0 to 9 at its right side to represent next ten higher numbers from ten to nineteen (10 – 19). After 19 we put 2 at left and repeat again 0 to 9 to represent next ten higher numbers from twenty to twenty nine (20 – 29).

We can create new series of symbols for that, but if we do so it will be very much difficult to remember. That difficulty can be solved if we use commonly used symbols for that purpose. So we can simply use 0 to 9 of decimal system to represents first ten digits 0 to 9 of this new number system.

But for other 6 higher digits there are no symbols available in decimal system so we have to search for them from some commonly used system. We can easily get them from our alphabetical system that means we can use A, B, C, D, E and F as next 6 higher digits (from 10 to 15) in this new number system. The system where total 16 basic digits are used is known as hexadecimal number system.

It will be easy to understand this procedure with a step-by-step example.

In a similar way any hexadecimal number can be converted into a decimal number. We will look into the process with an example.

The value hexadecimal number is determined by multiplying every digit of the hex number by its respective multiplier. We start from LSB or right most digit and multiply it with 160, then come to the next digit at left of LSB and multiply it with 161 and after that we come to the further left digit and multiply 162 with it. We continue this up to MSB or left most bit. The add all this product and finally we get decimal equivalent of hexadecimal number. This one of the easiest process of hexadecimal to decimal conversion.

Think about the hex number 4D2. Here the least significant bit of the number is 2 so we will multiply that with 160 or 1. Then come to the next left digit that is D OR 13 and we will multiply it with 161 or 16. Lastly we will multiply the left most digit or MSB i.e. 4 with 162. Now if we add these three terms, finally we will get the dedcimal equivalent of the said hexadecimal number. This is what Hexadecimal to Decimal Conversion
Hence,