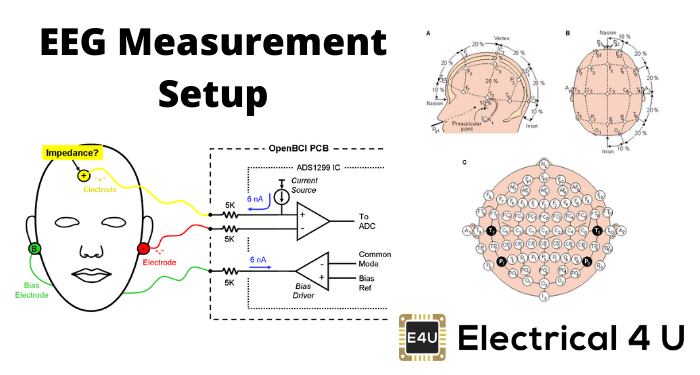 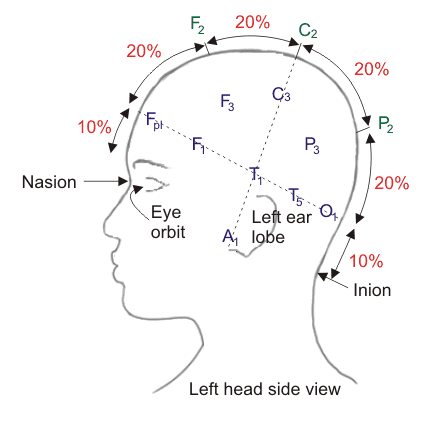 International Federation of EEG society has suggested 10 – 20 electrode placement system for EEG recording. Silver / silver chloride electrodes are used as surface electrodes in this setup. On the scalp, distances between two electrodes are given as 10% and 20% of the distance between specified points.

Nasion and Inion are the two reference points near the ear lobes of the human. Over the head, the distance between nasion and inion are divided into 5 points. The nasion – inion distance via the vertex is measured and three electrodes are placed as 1 in frontal, 1 in central and 1 in parietal.

Lastly, on the peripheries of the circle remaining six electrodes are fixed as 2 in frontal, 2 in central and 2 in parietal. So, in the setup totally 19 electrode are placed on the brain scalp and one electrode which acts as reference is placed at the ear lobe. This is popularly known as 10 – 20 EEG system. 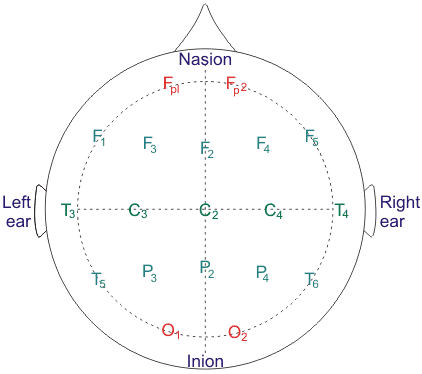 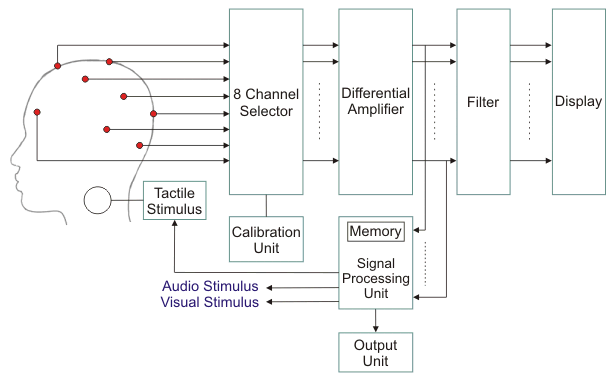 This system helps to record the potentials generated from the sensory parts of the brain. To achieve this, output unit is connected with audio stimulus, visual stimulus and touch stimulus. It can also measure the time delay between stimulus and response from brain.

In addition, we have a filter bank consisting of low pass filters, high pass filters and band pass filters. They help to remove noise from the brain waves. For the output recording, we can use either pen recorder or CRO. Three modes namely Unipolar, Average mode and bipolar recording are used to measure EEG.

Vidya Muthukrishnan is currently employed as a Senior Engineer in a product based IT company. She has 5 years of professional teaching experience, previously Assistant Professor in the Department of Instrumentation and Control Engineering at the Sri Krishna College of Technology. She also has 1 year of industry experience with TCS, India. Vidya completed her B.Tech Electronics and Instrumentation from SASTRA University and M.Tech in Biomedical Engineering from VIT University Vellore.