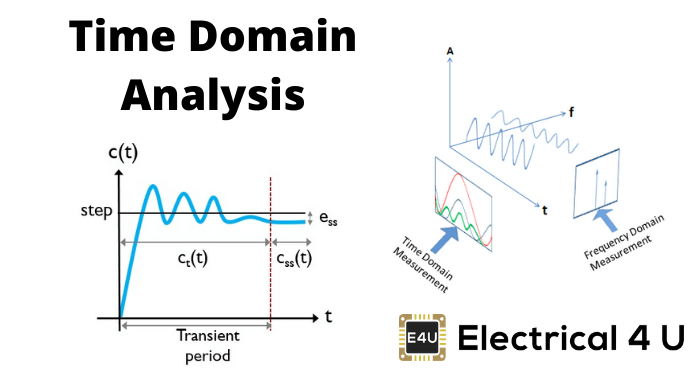 Now let us consider at t = 0, the switch is closed and instantly the battery voltage V volt appears across the voltmeter and that situation can be represented as,

Combining the above two equations we get

In the above equations if we put 1 in place of V, we will get a unit step function which can be defined as

The function which is represented by an inclined straight line intersecting the origin is known as ramp function. That means this function starts from zero and increases or decreases linearly with time. A ramp function can be represented as,

Here, the value of function is zero when time t<0 and is quadratic when time t > 0. A parabolic function can be defined as,

Now a unit step input is given to the system, then let us analyze the expression of the output:

Let us put t = T in the output equation and then we get,