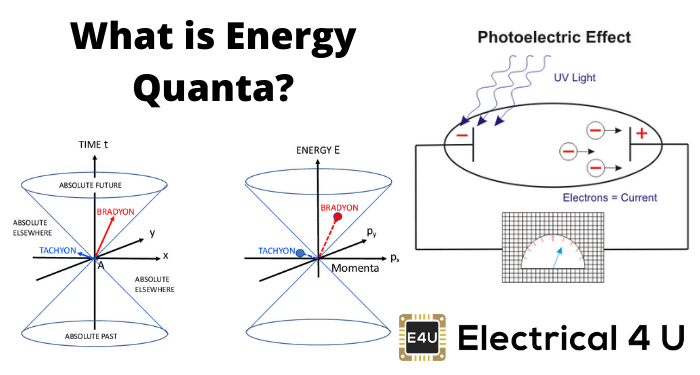 Energy quanta is one of the fundamentals of the much heard of Quantum Physics. To understand it better, we would first understand the need of this new physics. The already established and much famous Newtonian Physics or the Classical Physics did indeed answer a lot of questions bothering the mankind, but it had its own limitations.

Why did Classical Physics fail?

The earlier model of an atom suggested by Ernest Rutherford was much alike the planetary system where the electrons orbit the nucleus like the planets orbit the sun. Applying Classical Physics to the model suggests balancing of the Coulombic attraction force between electron and nucleus, and the outward acting centrifugal force. A whole lot of parameters were formulated using this force balance equation.

Though Classical Physics was unable to explain this, it gives excellent results in general day to day considerations. Hence the application of it is limited to things much larger than atom and also much slower than light.

During early 1900s a German Physicist, Max Planck was studying the radiations emitted from a black body, and to completely explain it he came up with this theory of Quantization. He was the first to talk about quantization. According to him electromagnetic radiations can only be emitted in a discrete form and not continuous. He thus suggested that all electromagnetic radiations, and therefore light too, are emitted in certain packets of energy which he called “quanta” or more precisely energy quanta. He therefore associated the energy of a radiation with frequency ‘f’ as –

Thus, energy can only be transferred in quantized manner, i.e. in integral multiples of Planck’s constant only. Later Einstein’s Photoelectric Effect also leaded to the same conclusion. He extended Planck’s idea and said that not only emission or absorption, but energy itself is quantized.

The very origin of quanta of energy can be attributed to the further developed model of atom by Neil’s Bohr. He applied the idea of Planck to atomic physics and gave a model in which the electrons do orbit the nucleus but in distinct and fixed orbits. A fixed orbit implies, a fixed energy and thus no falling of electron into the nucleus. The orbit is defined as an energy level at which the electrons remain and are allowed to transit from one level to another. The level near the to nucleus has lower energy as compared to the far one. Thus, if an electron falls from a higher level to lower one we obtain an energy equal to the difference of the two levels and an electron will only jump to a higher level if it is provided with energy equal to the difference. This is known as quantum jump. If we provide energy less than the difference, it will remain in the same level.

This model also explained the unique spectral patterns exhibited by different elements. The energy corresponding to each color in the pattern is found to be same as the difference in the energy level of various orbits. The higher the leap, i.e. orbit jump higher is the associated energy and closer its color to the violet end of the spectrum in spectral pattern. Had there been no fixed levels of energy the spectra emitted from an excited atom would be continuous from red to violet, which is certainly not the case. Hence Bohr’s model explained the discreteness of energy.